When my friend S asked me last week what else I was working on, I told her I was still knitting my Ley Lines shawl but omitted to mention that I was also working on something for her birthday! I had chosen a looped scarf with a light and airy texture, that could be worn loosely or twisted into a snug cowl.

It took me three attempts to get 250 stitches neatly on my needles. I worked the first three rows flat and then joined in the round. I was quite surprised that the stitches were so bunched up on my circular needle and was happy I hadn’t gone for the larger 350-stitch version. Unfortunately, I didn’t give this excess the attention it required. I carried on knitting. I was well into the first lace section before I realised that when I evened out the stitches on the needle, they were… twisted! Pulse racing, I smoothed the stitches back the other way along the needle. There was no denying it. I had a twist in my loop. I didn’t know if I felt faint or sick at the thought of having to begin again.

I searched Ravelry but (as I already knew deep down) there was only one outcome. I would have to start again.

Loath to ‘give in’, I decided to attempt a fix.

Spurned on by the ease with which we’d dropped rows of stitches and picked them up during Ann Budd’s workshop at KnitCamp,* I dropped a stitch each side of the join down to the border. I worked the twist along to the join and wound the knitting so that the twist was over the bars of the two dropped stitches. Then I knitted the two stitches up again and continued as if nothing had ever happened! Here’s the knitted-up twist before the cast-on edges was sewn together. Funnily enough, when I recounted my (mis)adventure at Guild** on Saturday, I was met with “You did Ann Budd’s workshop at camp; surely you could fix that!”

Here’s the cowl finished and blocked. The pattern is called Cool Breezes and there are full details on my Ravelry project page. 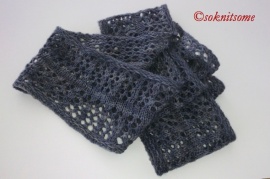 And here we are out for lunch with a view on S’s birthday. It was so hot (35°C) that the cowl was worn for photographic purposes only!

Find me on Ravelry 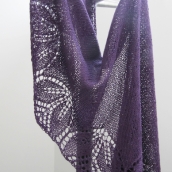 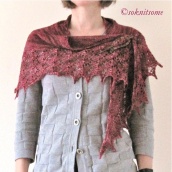 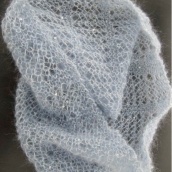 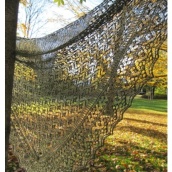 A little piece of heaven 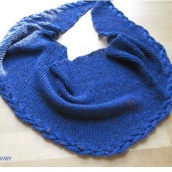 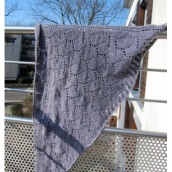 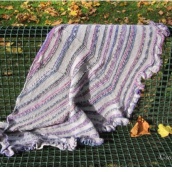 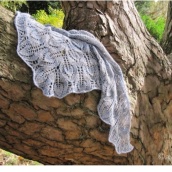 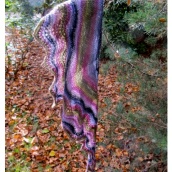 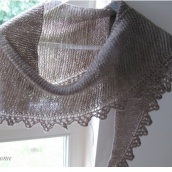 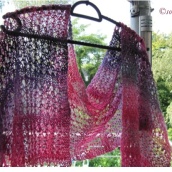 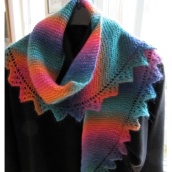 These should have been Geek Socks 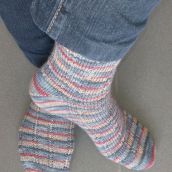 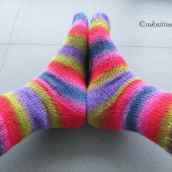 Socks to Brighten the Doomiest Day 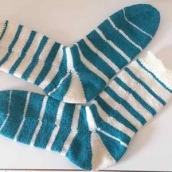 Stripes for a Mathematician 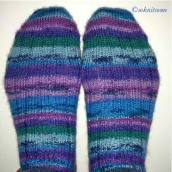 A touch of class

A bit of you stays when you go

Orchids in the Garden 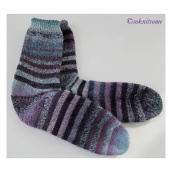 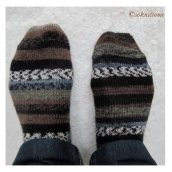 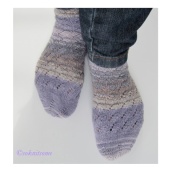 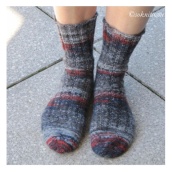 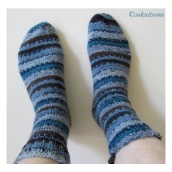 © Soknitsome, 2018. Unauthorised use and/or duplication of this material without express and written permission from this blog’s author and/or owner is strictly prohibited. Excerpts and links may be used, provided that full and clear credit is given to Soknitsome and with appropriate and specific direction to the original content.